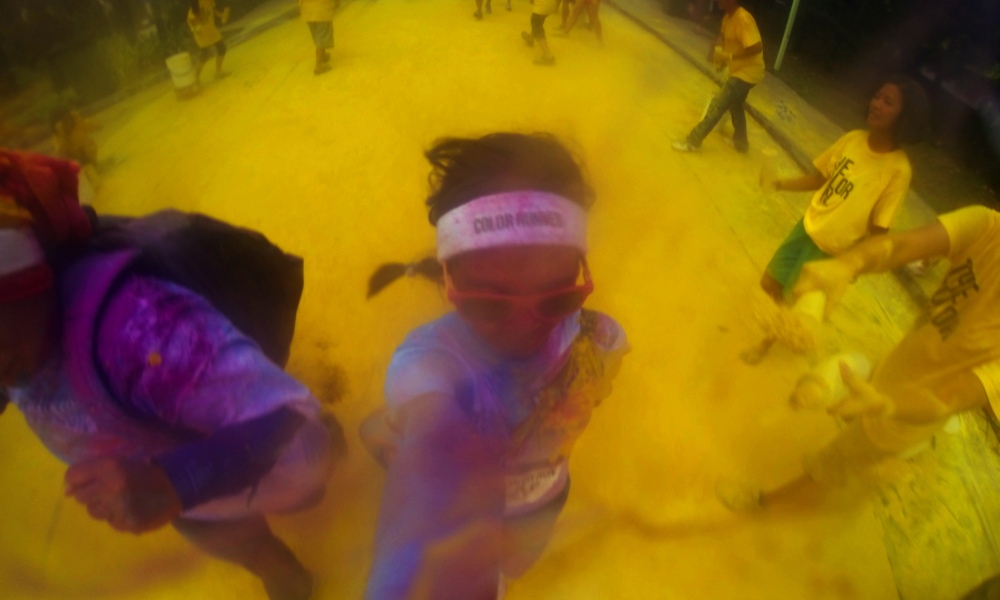 IT’S BEEN A YEAR since I last participated in a race.

Till 18th August this year, when The Color Run™ came to Singapore. Dubbed the “Happiest 5K on the Planet”, it was (not so) cheap thrill of running the untimed 5km race with some form of coloured powder being splashed at you along the way. I supposed in some ways it reminds me of Holi, the Hindu festival of colour which marks the advent of spring.

So me being me, I rented a GoPro Hero 3 Black Edition from Camera Rental Centre just for the fun of trying my hands on the camera. It came with a headmount strap which was rather annoying to put on while running as it added weight to your neck. I ended up just holding the camera in my hand throughout the race, with the lens protected by kitchen clingwrap. I was rather impressed with the GoPro – 12MP with a timelapse option of up to 30fps. It also had a video function and built-in wifi. The battery life was short though, I started with full batt which reduced to zero just after half-hour.

Nevertheless, I felt like I was in rainbow land that Sunday. I shall let the photos do the talking:

The Color Run mascot and our obsession with unicorns!

Squeaky clean at the starting line

Crowd awaiting the 5PM flag-off and doing the Kallang Wave 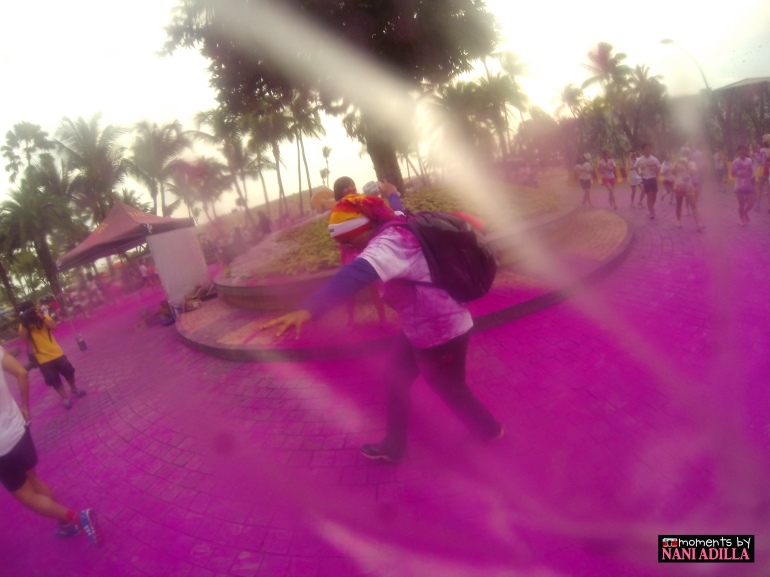 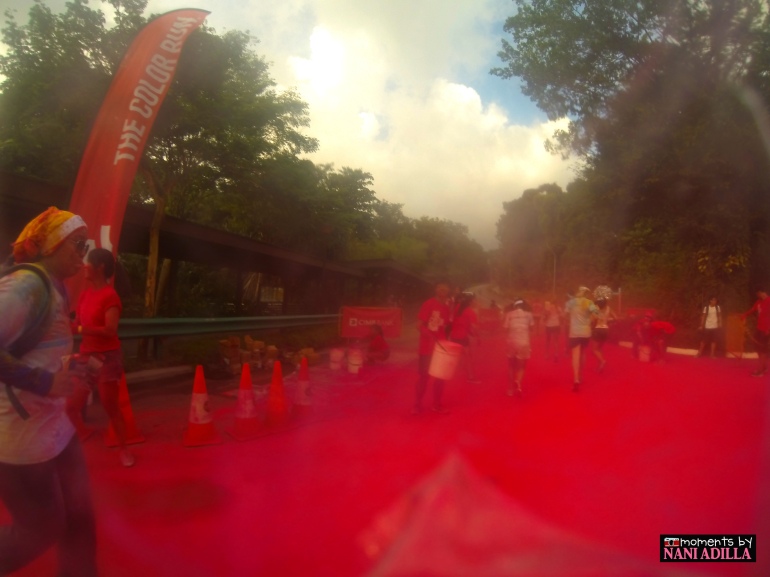 Dancing the congo line at the post-race party

It took 2 days for the colour stains to wear off my skin, after much makeup removal applied. A nightmare washing the stains off my trainers and drybag, but it was worth the fun! It’s all about spreading the love and joy.

Here are other upcoming runs in Singapore:

With atok, nenek, aunties and cousin Isra. Dad and her 5 girls ❤️❤️ #adventuresofPiaandAiAi #family
SOFIA ✨ We welcomed the arrival of our baby daughter on 23 March 2020; with that @dandeman47 and I are now newly-minted parents! . We’ve been counting down days and weeks to meeting you since the time we found out about our pregnancy. But nothing could prepare us for the utter joy that day in the op theatre. You made papa tear as he recited the Adhan in your ear, when you first looked at me with those eyes. It’s like we’ve known each other all this while and finally we’ve met. This person who was inside of me for 38 weeks: We’ve had difficult days together, went on happy holidays together, had late nights together... me with my back pain and leg cramps and you with your strong kicks and somersaults as you grew. . It’s been three days since our discharge from hospital and a steep learning curve for @dandeman47 and I in parenting 101. The feeds at ungodly hours, poopy diapers, counting yay with every poopy diaper so we know you’re well fed, deciphering your cries and needs. But time is precious and the little moments we have with you especially more precious. We can’t wait to grow with you, Sofia Zahra Binte Muhammad Noor Danial. Here is to life and living life, my lil one. Alhamdulillah our hearts are full ❤️
Yalla habibi! Let’s go, my love ❤️
Week 32; some six weeks ago Got the travel green light from our OBGYN and was lucky enough to have reached Dubai 2 days before the leave freeze and DORSCON Orange situation. Obviously been spending much of today looking at past holiday photos haha and can’t believe Week 38 is here, with a whole new life stage for @dandeman47 and I tomorrow onwards. Gonna be missing having the lil one squirming in my tummy... I can totally forgo the aches and mobility restrictions but still, the experience has awed me. How fascinating biology is and the beauty of God’s creation. Above it all, am mostly thankful for the good people who have surrounded me with love and support (and gifts!!) Looking forward to what’s coming ahead! See you soon #BabyS ❤️ #danxnani
(Dubai, UAE, 2020) Wordplay: You can spell Danial with ALADDIN 😜 #canibeprincessjasmine #arabiannights #danxnani #avisualtravelogue
(Dubai, UAE, 2020) When we’re not cafe hopping or mall lounging 😂 #avisualtravelogue #danxnani #cousinsofmusa
(Riffa, Bahrain, 2020) #danxnani #avisualtravelogue #riffafort
(Langkawi, 2019) #family #throwback #avisualtravelogue
Can’t believe Q1 2020 is almost over! Past January’s highlight at work #ttshOTday2020 #CreAid #majorthrowback Many months of hard work by the team @syhdhwn @carlyyyish @weiniwonka @tedjo.k17 @_z.ixuan @dearpetrina @sohclaraaa @hengzky and our Kaizen colleagues, with so much new learning from this experience + working alongside our PMA patients, community partners and design students. Apologies that appreciation dinner had to be shelved with the whole COVID situation, but ill see you guys when Im back in June! Thank you @hengzky for holding out the next phase of innovation projects and all the best @nurulainxoxo @itzmiuga for OT Day 2021! Stay well in this current climate xx