throwback, n.: A sudden reminder of the past.

I WAS CONDUCTING a reality orientation assessment with my elderly patient yesterday. When asked what the current year was, she was unable to tell me but added that she knew for sure the coming Chinese New Year would usher in the Year of the Horse according to the Lunar calendar… The wooden horse (I later learnt that there are 5 elements – metal, water, wood, fire, earth ).  So sparked a conservation of Chinese New Years and her dream about deities.

It brought me back to the time I spent Chinese New Year in Penang, Malaysia. So I came home and scored through my hard drive for the digital photographs I had from my trip there. Well, it wasn’t exactly a holiday trip. Rather I was in Penang back in 2012 for my final occupational therapy internship with a school. The children’s parents were always accommodating in taking us around Penang for local sightseeing. 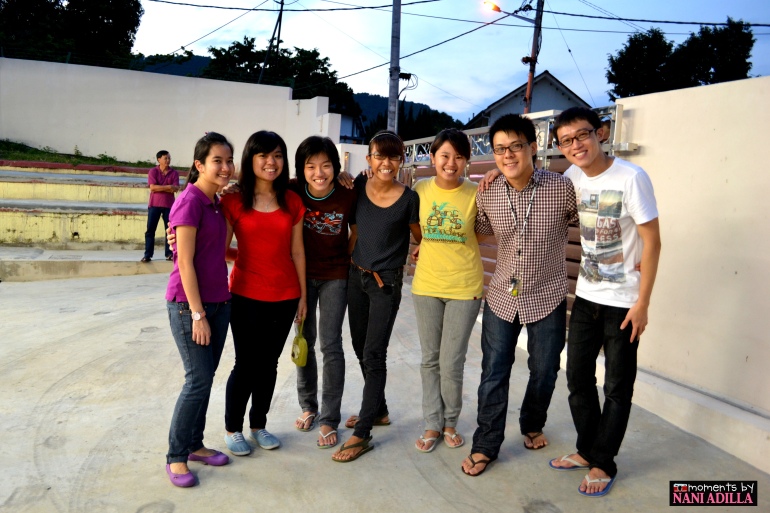 I quickly learnt how vibrant Penang was on Chinese New Year.  And by vibrant I mean the sights with its colours and bright lights and people and everything else festive. Just wow! 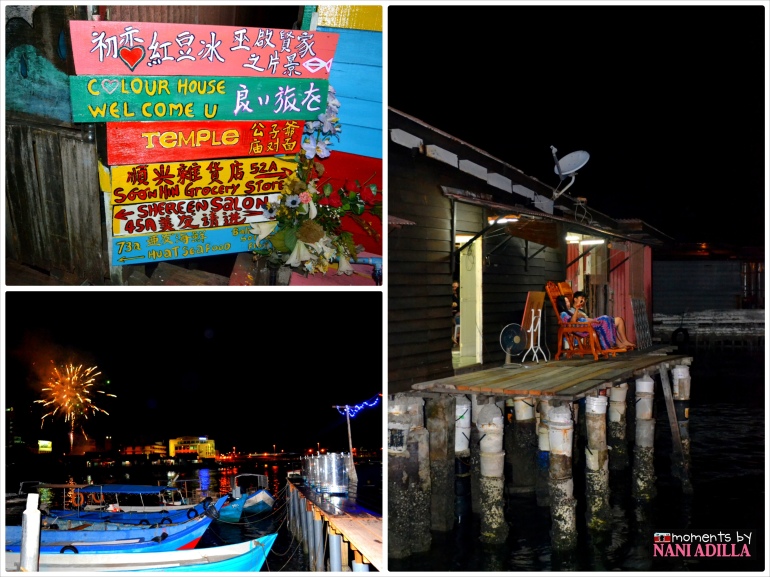 Offerings to the deities

Chew Jetty was one of the clan jetties that has an open house during Chinese New Year. Apparently it is one of the eight clan jetties, named after their surnames. It means that every residence along the stretch of jetty has “Chew” as their last name. The jetty is actually a village with houses built on stilts.

As part of the clan activities, there is an annual worship of its Temple Deity (God of Heaven or Sky-God). This takes place on the 9th day of Chinese New Year, and we were lucky to get a chance to be part of the experience. Visitors place worship food on a long altar table for praying. There were also dragon dances, firecrackers and fireworks display. Fascinating, really.

Of red and orange

The Kek Lok Si Temple is a popular Buddhist temple located in Air Itam. Two huge structures dominate the area and can be seen from far when driving uphill. The first is the seven-storey pagoda, which is the temple’s main pagoda. The other is a 30m tall bronze statue of Kuan Yin (Goddess of Mercy).

At dusk, bright lanterns and coloured lights adored the scenery. From temples to pagodas to statues and walkways. 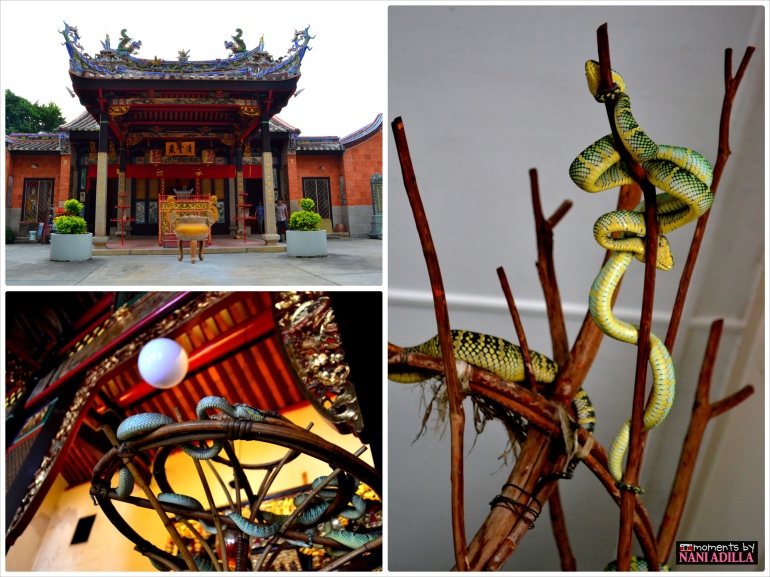 Slithering snakes. Slithering snakes everywhere! That is the sight that awaited us at the Snake Temple in Sungei Kluang. Legend has it that a monk used to provide shelter to snakes, and when the temple was completed after his death they moved in on their own. It’s a charming place and the snakes are pretty harmless. 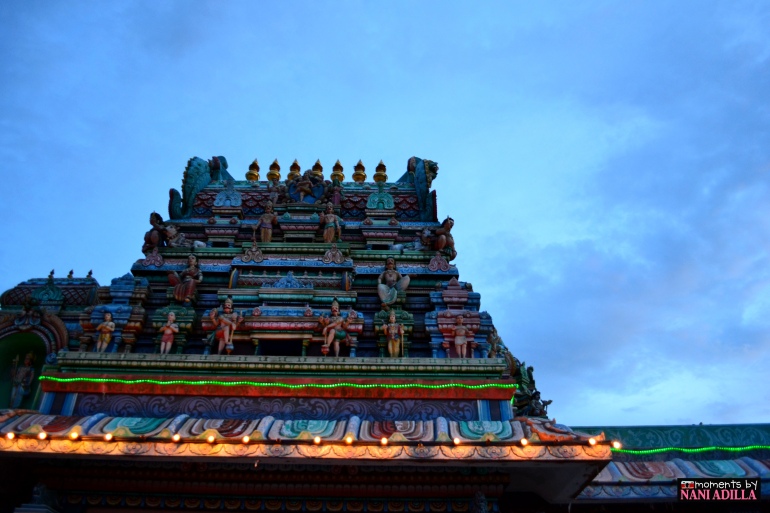 I think a trip to Penang isn’t completed without visiting Penang Hill, also known as Bukit Bendera in Malay. It is one of the oldest colonial hill station established by the British during their time in Malaysia. One way of travelling up to the summit of Penang Hill is via its funicular railway. It’s 2km long and at 27.9° to the horizontal at the steepest part of the route.

From atop Penang Hill, you can get a beautiful panoramic view of Georgetown. The place is surrounded with flora and fauna, and you can find many different plant species. I also wandered into the Bellevue Hotel at the peak – very vintage and rustic. I might consider staying a night the next time I travel to Penang. There were also other structures around the area like the post office, mosque and Hindu temple. 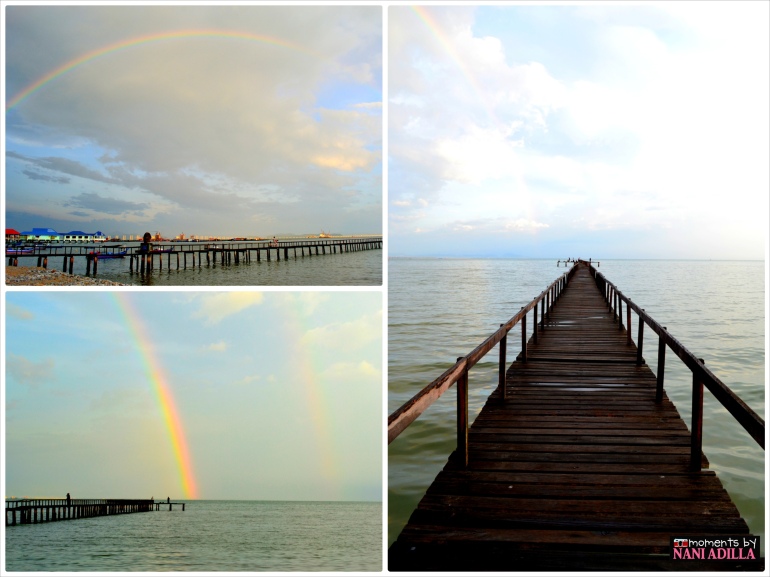 Caught a rainbow at the Malay Village 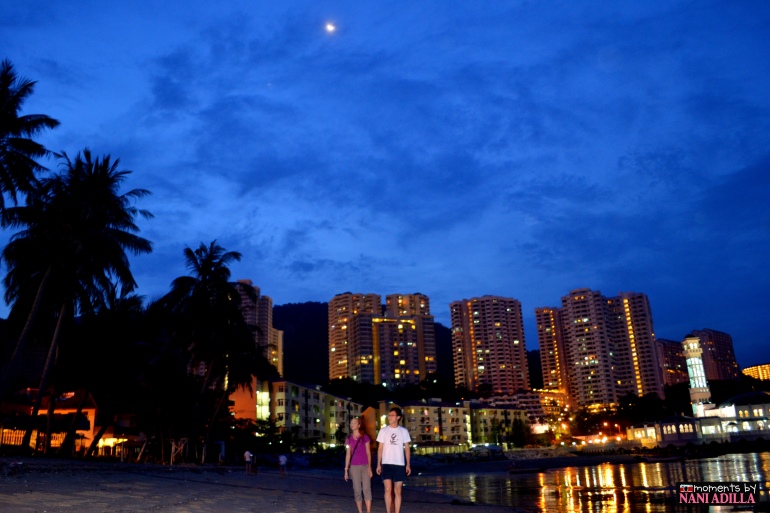 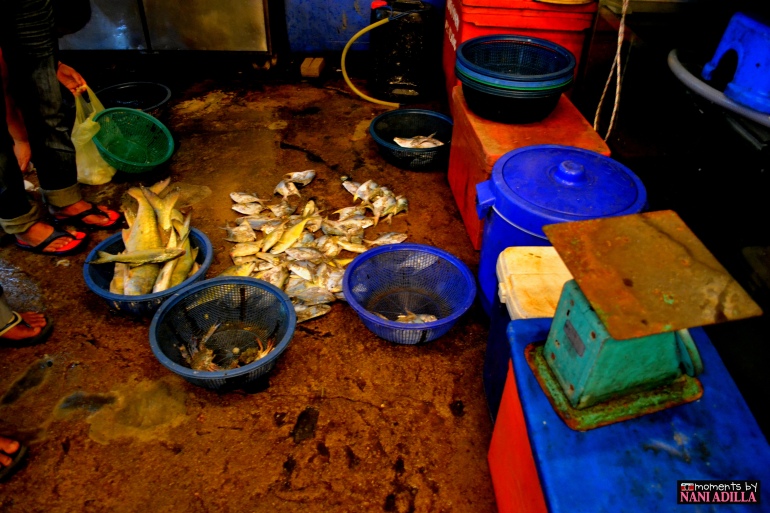 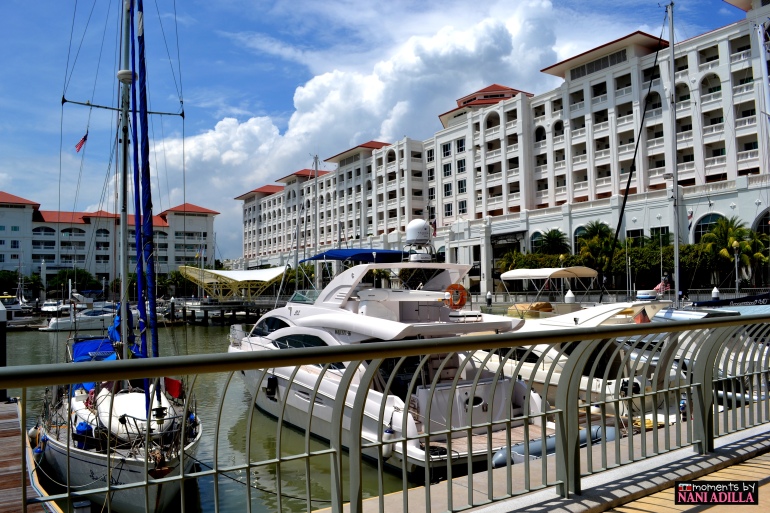 If you’re looking for cheap seafood in Penang, head down to the Malay Village or Tsunami Village which are essentially coastal towns. Other than that, Penang is littered with many hawker centres or street stalls serving up some of the tastiest street food I have had. One of my favourite places is Gurney Drive, located near the seafront and boasting a variety of local delights.

If I had to choose the most delightful Penang dish, it would be the Asam Laksa. No two Asam Laksas are the same though, which is a sour fish-based soup. It all depends on how much shrimp paste, pineapples and chills there are in the concoction. Mouth-watering just thinking about it! And not forgetting the 3-layer tea to go along with it. As the name suggests, this local drink is made up of Gula Melaka in syrup-form (the bottom-most layer), condensed milk (middle layer) and red tea (top layer). It’s full of sugary sweetness I almost feel guilty, but heck it’s delish!

Apart from street food, Straits Quay is another seafront marina that has a lovely ambience as well. Here you’d find more upmarket restaurants, cafes for brunch and pubs to chill at while soaking in the view of the Malacca Strait and private yachts. 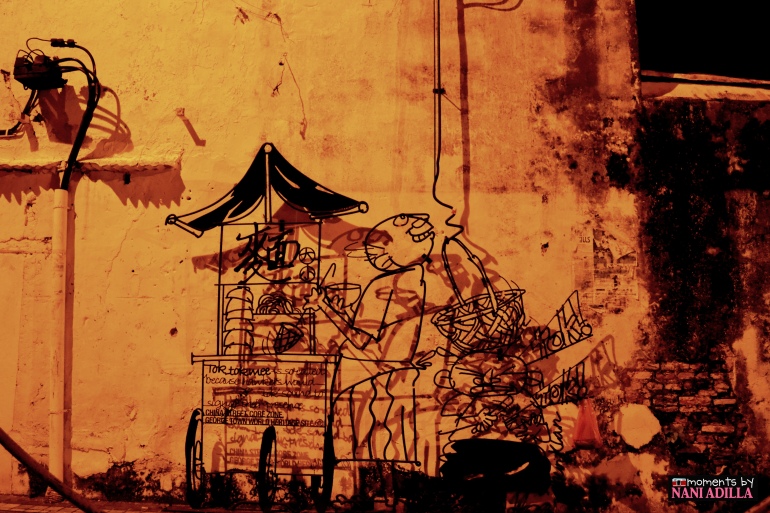 So there you go! A myriad of experiences from sightseeing, local culture and tantalising food.

A great throwback indeed. One worth revisiting.