I HAVE ALWAYS wanted to try wakeboarding, and I have been told that it is an easier sport than cableskiing.

So we spent our Sunday at Punggol-Marina. Amongst the three of us, myself and Olivia were first-timers and Yihui is a regular-wakeboarder for the past 5 years. Great that I had a buddy who was just as new as I was! We made our reservations with the wakeboarding school Ryder, for $130/3hour rental.

It was a lovely cool morning, the speedboat took us out into the open waters off Punggol. I felt a little weird putting on the wakeboard, did not quite like having my ankles strapped. Once it was my turn to hit the waters, I felt so scared thinking I could not make use of my legs to paddle! 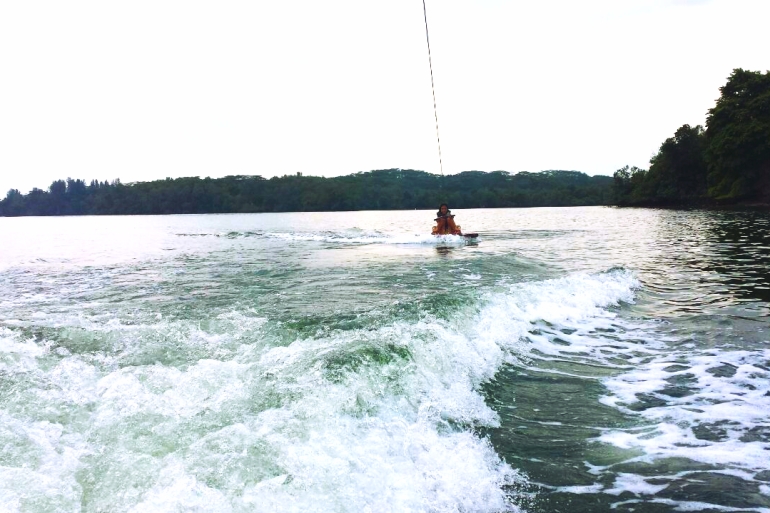 The instructor took some time to explain how to get up from a squatting position once the speedboat picks up speed and starts towing. I took some time to get used to the standing. Was falling off a couple of times before I could get hold of my balance.

And believe me, it hurts when you fall face-flat into the water! Oh, the amount of effort it takes for me to flip upright! 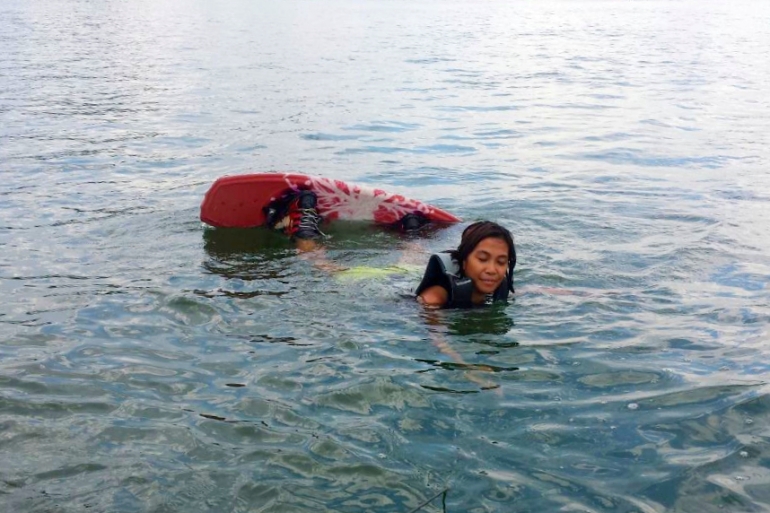 “Don’t think, just do!”, the instructor kept shouting from the speedboat. It was about six trials of me falling into the waters and the speedboat having to turn to pick me up, before I managed to stand upright and adopt the wake boarding stance. My friend took only two trials, hmmpfhh!

Once standing, the next big hurdle was keeping the handle low (kept raising it higher thinking it would save me from falling). Learning how to weight shift and guide the wakeboard in the direction I want proved to be just as difficult.

But for the sake of being in the moment, it was thrilling to feel the speed and the wind in my face! The initial shock I get when I hit the waters and having salt water in my nose was not too thrilling though!

For a 3-hour rental, we each had 2 turns of 20 minutes in the waters. The 20 minutes ended as quickly as it started, but it was a good arrangement because I badly needed to take rest breaks from the frequent falling and getting up.

I think I still have a long way to go before I have the confidence I need to wakeboard properly and start riding waves. It is also considered a fairly expensive sport with the aftermath of indescribable muscle sores!

A good workout, and a fantastic Sunday nonetheless! 💪