THIS VESAK DAY saw us trekking a route less travelled.

Known as the pipeline trail, the 10km route took us parallel to Bukit Timah Expressway (BKE) on the outskirts of protected area – starting from Zhenghua Park in Bukit Panjang, via Mandai, to Woodlands. The water pipes are mostly covered beneath ground, but there are exposed sections (which you can see on Google Maps satellite imagery!). We came across 4 sets of pipes on the way north, mostly after passing by Mandai. 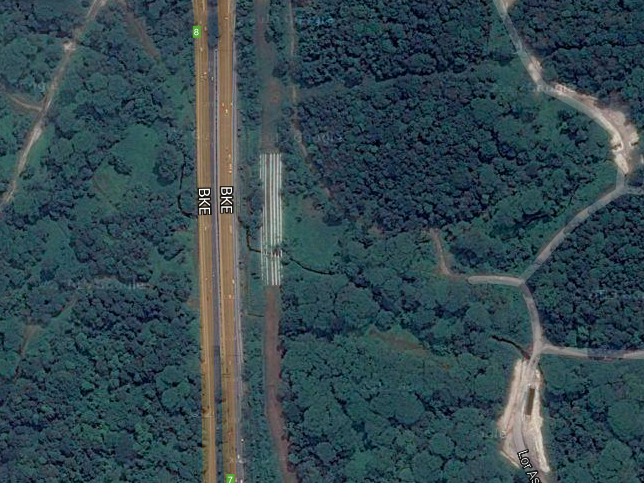 We were trekking on flat terrain for about one-third of the time, alternating between an urban trail and grass patches. But as the route does not involve a designated track, there were times when we had to wade through tall grasses and muddy dirt. Potholes on the ground were common too. It was generally a moderate trail with up/down slopes, and occasionally steep inclines. Apart from that, the area is largely unsheltered so the morning sun took a toll on our skins. 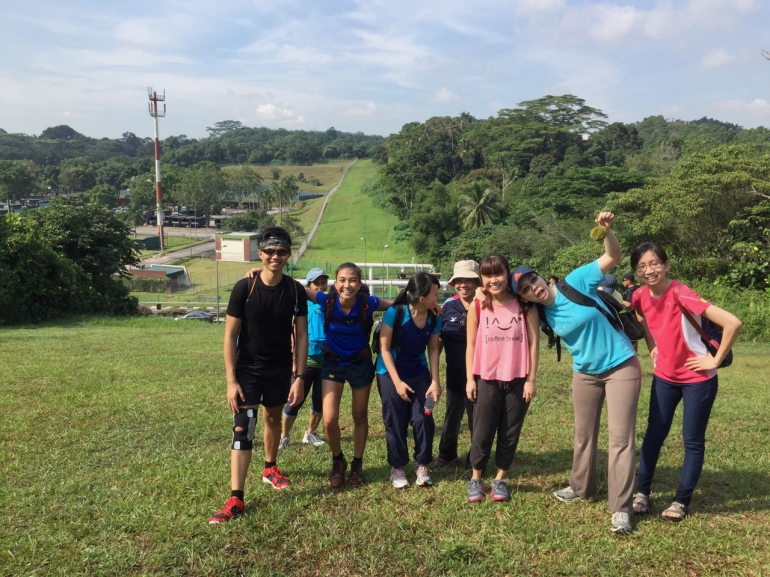 The fun part was stumbling upon one set after another of pipes. They typically ran across drains or streams. It was relatively easy to walk across the pipes which were large in diameter. But it would probably get very slippery on a wet day and a fall could be very nasty. I can imagine the snakes that lurk beneath the water, yikes! It was also our way of coming up with creative poses. I mean, how often do we get to do “balance beams” like these right? 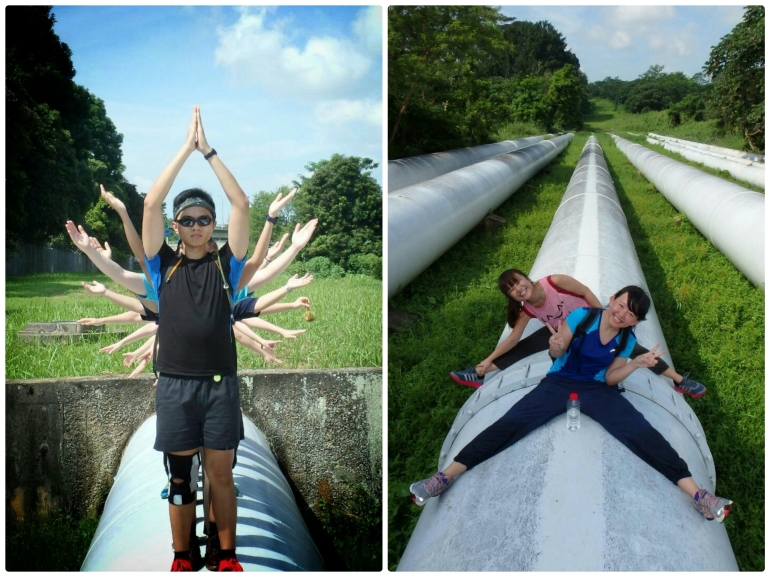 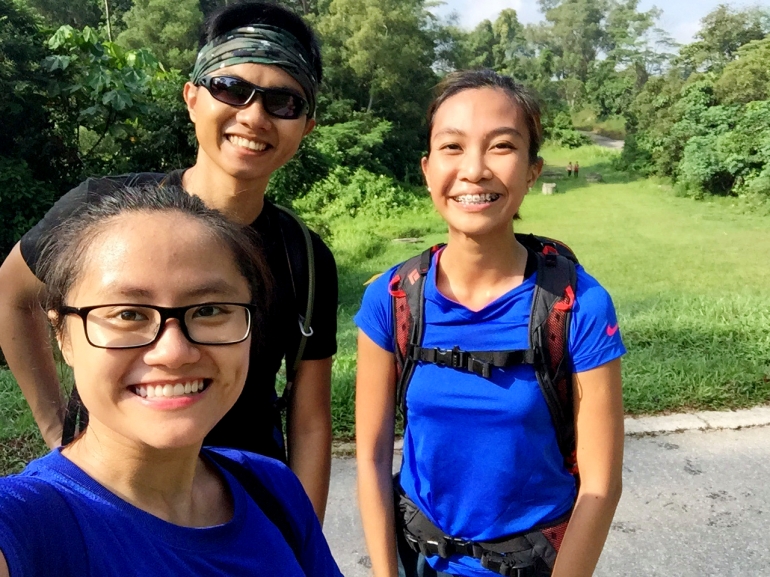 Still bummed at having lost my Raybans somewhere along the trail. The only negative thing from the experience. But it was a good day spent with a fun bunch, and we ended the morning back in civilization with lunch at Woodlands… so convenient!

Directions (With thanks to a colleague’s friend for showing us this route!) 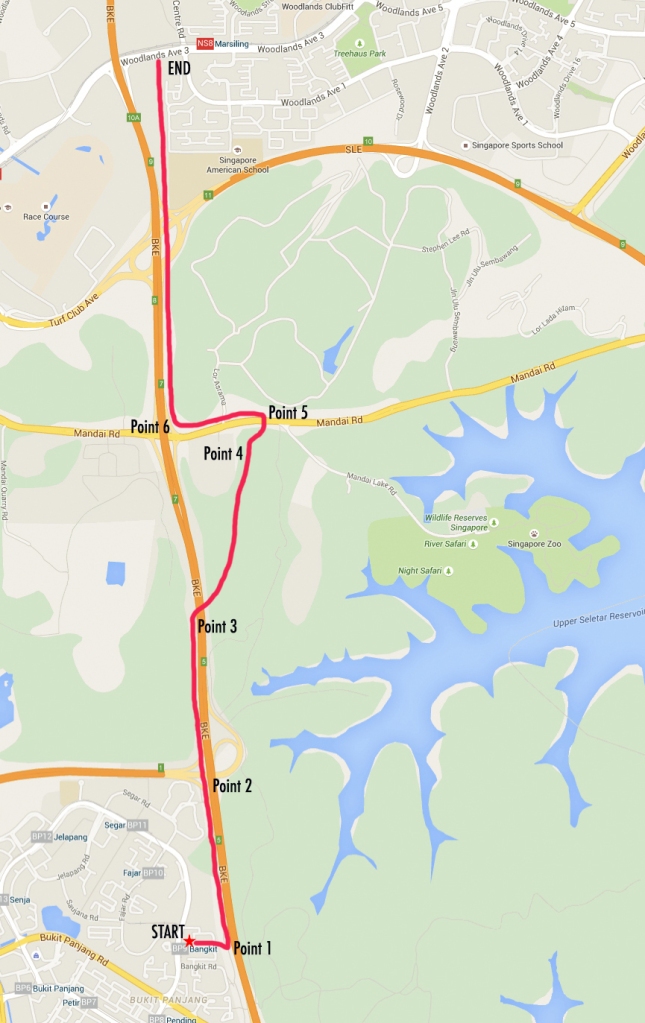 1. Start at Bangkit LRT station and walk towards Zhenghua Park
2. Point 1: Make a left at the entrance of Zhenghua Park and continue to walk along the pavement.

3. Point 2: You will see a tennis court and a multi-storey carpark on the left, make a right onto the grass route beneath the flyover. 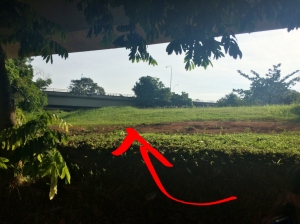 4. Point 3: Continue to head parallel to BKE till you hit a paved road, make a right and continue on straight. You will see the overhead expressway. 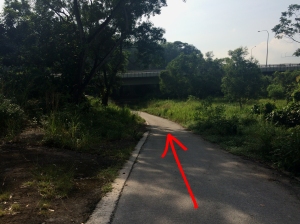 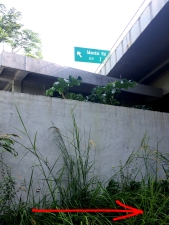 5. Point 4: You will see a green military training shed ahead, turn right onto a dirt track 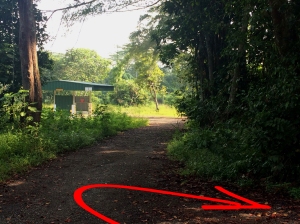 6. At a fork where the biking trail connects, take left onto a smaller dirt track and continue on straight. 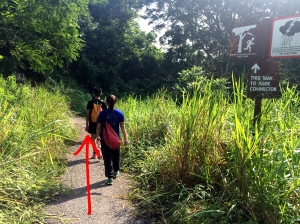 7. Point 5: Cross the traffic light at Mandai Road, make a left. As you continue to head straight, you will cross Lorong Asrama on your right.

8. Point 6: Just before the BKE exit and Mandai flyover, take right onto a hill and continue Northbound as a general direction. Keep to the perimeter of the fence along the protected area.

If you choose to head Southbound from Zhenghua Park, you will end up at Dairy Farm Road – passing by Bukit Timah Nature Reserve along the pipelines. Continue onto Rifle Range Road and you can take a trail up into MacRitchie. Just as fun!

NAZURAH x MUHAIMIN The best kind of weddings are when you’re friends with both bride and groom. Naz was the first friend I made in Temasek sec, and after all these years I couldnt be happier to be part of your beautiful day. Congratulations @qotwnaz @abdul_muhaimin89, you two are so good for each other! May the marriage years ahead be blissful ones filled with love, humour and understanding. @dandeman47 are looking forward to more KL trips please.
ISRA INSYIRAH Precious addition to the family and mum/dad’s first grandchild. Welcome to the world my niece... Baby Poko is looking forward to meeting her cousin come April, she’s been somersaulting all day! ❤️
2019 vs 2015 👉🏼 Traded hiking backpacks for IKEA household bags, but always the same unamused Nani next to excited Sham @sharmeee #preggobuddies #girlfriendsforlife
A gorgeous beautiful wedding with florals and fairylights, overlooking the sea. Then there is the even more gorgeous and pretty bride! Congratulations again kawan @becheerybecherie!! So very happy for you and Joel ❤️
Week 20. Took five months to get to this point and it wasn’t the easiest. I had senior colleagues and older cousins before me sharing their pregnancy stories, dos and don’ts, what to expect when you’re expecting. But oh was I not prepared for the so-called morning sickness... “anytime” sickness had nausea hitting me at random times, triggered by the randomest things. And the fatigue was legit to the point I got annoyed with myself for always needing to nap. Through it all, Danial has been my silent hero; helping with dishes after I’ve cooked, offering to buy dinner when we’re both back late, and pronto waking at 3am to massage and stretch when my lame calf cramps paid a visit. Then there’s dealing with the whiny crying version of me (not proud of this) and encouraging me everytime I doubted myself. Doubting being able to juggle health, work commitments and this soon-to-be motherhood. I’m an OT and I struggled to MOHO myself to deal with this identity crisis! Thankful still for life’s learning, even more grateful to have you as my life partner @dandeman47. Here is to the next 20 weeks! Bunch of nerves but we are thrilled awaiting what’s to come xx #danxnani
Happy 100th (day) Hannah Lee! 👧🏻🎈🎀 Thank you @hengzky, Sihui and Anton for having us at your #babyshower
Flower Sunday 🌺🌸🌼 Missing you @hazirahaw
Sundays are for gaining calories 🍰☕️
(cues song) Arabian nights... T-1 day to #SiddiqFoundAmiraCLE with a henna party and Im so proud of my latest moroccan mint tea set but thanks @hazirahaw @niiisaaaaaaaaaa for actually making the tea hahaha✨ #hennanight