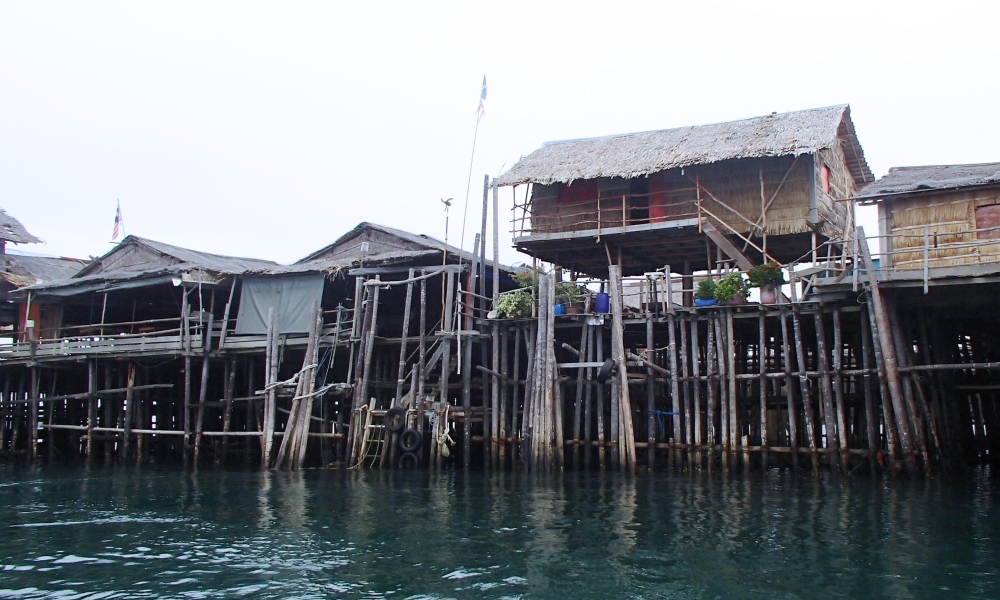 TOOK A QUICK getaway at a kelong lodging last weekend with my co-workers.

It was an all-inclusive package via Megasix (on hindsight it was cheaper to have skipped the middleman) which paid for our return van Singapore-Malaysia, return boat ride and 2D1N stay with 4 meals.

Kelong Acheh is situated off the coast of Penyabong, which is North of Mersing in Johor. The journey was approximately 3 hours by van from Woodlands and a short 5-minute ride by speedboat. We could already see the kelong from the jetty, surrounded by two islands – Pulau Acheh and the smaller Pulau Tengah.

Kelong is essentially a Malay word describing an offshore platform built on wooden stilts anchored into the seabed. Primarily used by fishermen, the kelong can be large in size with housing and kampong communities.

The compound was rustic-looking with a wooden-fenced perimeter. It housed quite a number of dormitories which could fit up to 12 persons each. I really liked the balcony outside each dormitory unit… whose lounge chairs became our nap time hangout throughout the stay. Ample freshwater was provided for toileting and showering needs. 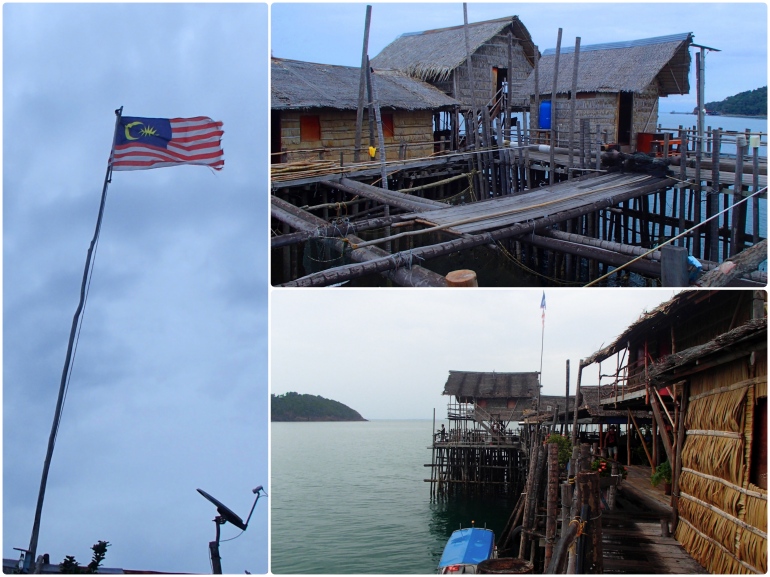 It was drizzling for most part of the Saturday afternoon. So there were no jetty jumps and we didn’t leave the kelong to head out to sea for any island-hopping. When we were not fishing, we were lounging lulled by the sea breeze, drifting in and out of naps. True epitome of an R&R weekend. 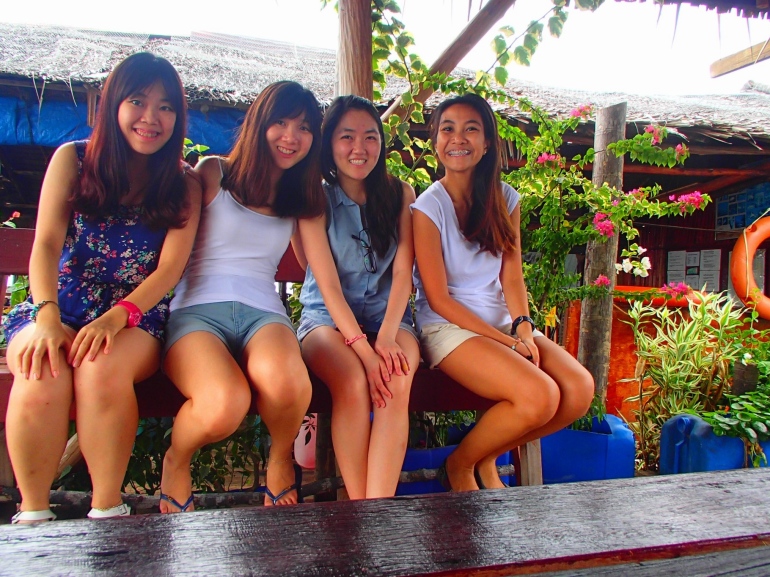 Oh, did I mention fishing?

The kelong offered squid baits and rental of fishing rods for RM15. There were at least another two groups of fishing enthusiasts during our stay there. But we were probably the only ones with zilch fishing experience. A good thing that one of my colleagues grew up fishing by the longkangs and was automatically crowned fishing guru plus technical expert in fixing-fishing-rods-and-untangling-lines for the length of the trip!

AND I HAD THE FIRST CATCH OF MY LIFE. It was only a 30cm-long fish, but still! The fishes we caught were too small or not meant for consumption, so we mostly let them go again. Part where we had to release the hook from the fish was not very pretty though. I decided by the end of the night I was not made for fishing.

When nighttime came, we swapped the baits for artificial lures to try and catch squids. Notice the keyword there: try. The perimeter of the kelong is lighted with white LED so it was easy to see fishes and other creatures coming up to the water surface. I swear there was a 1-metre long squid who kept floating so close to the surface because apparently, they are attracted to light at night. But somehow or rather, it never took the bait! Just not our luck. Or quite possibly it was our amateur fishing skill haha. Seemed like one taunting squid.

Alas, the morning after proved to be just as cloudy. No gorgeous sunrises caught but nothing beats the tranquility of being away from city life. Aside from the itchy bites of sandflies and (suspected) bedbugs, it was a good short trip.