IT’S BEEN A YEAR since I last participated in a race.

Till 18th August this year, when The Color Run™ came to Singapore. Dubbed the “Happiest 5K on the Planet”, it was (not so) cheap thrill of running the untimed 5km race with some form of coloured powder being splashed at you along the way. I supposed in some ways it reminds me of Holi, the Hindu festival of colour which marks the advent of spring.

So me being me, I rented a GoPro Hero 3 Black Edition from Camera Rental Centre just for the fun of trying my hands on the camera. It came with a headmount strap which was rather annoying to put on while running as it added weight to your neck. I ended up just holding the camera in my hand throughout the race, with the lens protected by kitchen clingwrap. I was rather impressed with the GoPro – 12MP with a timelapse option of up to 30fps. It also had a video function and built-in wifi. The battery life was short though, I started with full batt which reduced to zero just after half-hour.

Nevertheless, I felt like I was in rainbow land that Sunday. I shall let the photos do the talking:

The Color Run mascot and our obsession with unicorns! 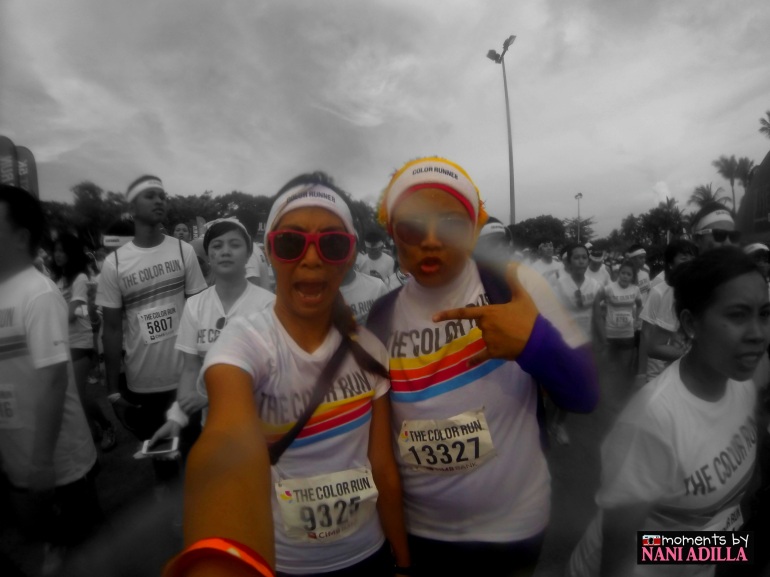 Squeaky clean at the starting line

Crowd awaiting the 5PM flag-off and doing the Kallang Wave 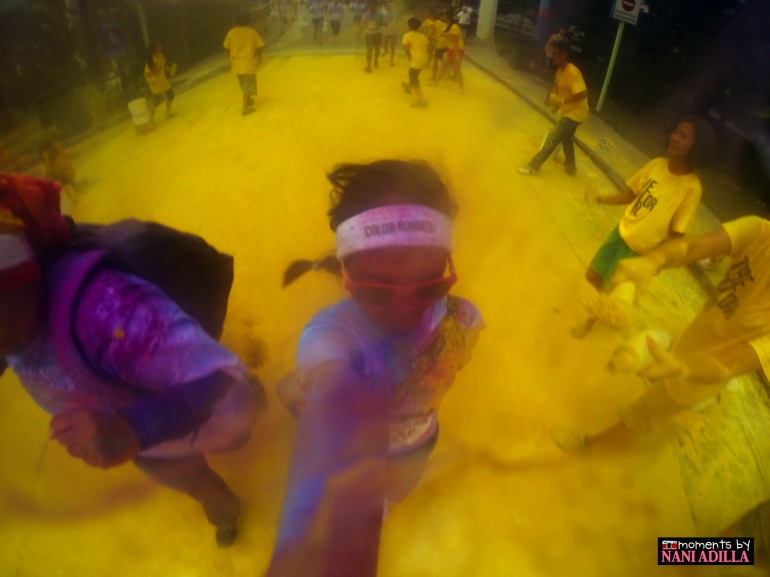 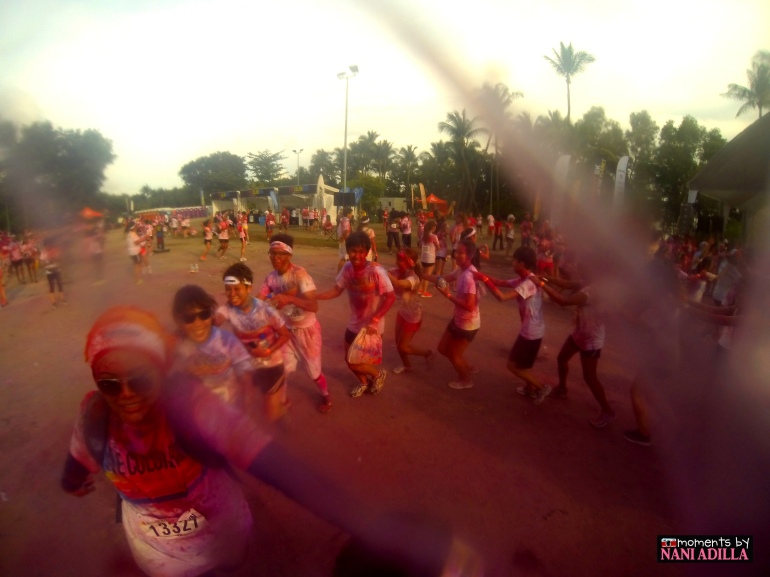 Dancing the congo line at the post-race party

It took 2 days for the colour stains to wear off my skin, after much makeup removal applied. A nightmare washing the stains off my trainers and drybag, but it was worth the fun! It’s all about spreading the love and joy.

Here are other upcoming runs in Singapore: